We define controllers as the business logic applied to models. Every possible action over a model, should be configured thought controllers.

The package  @worldsibu/convector-corecontains the necessary code to create controllers. Here's an example of one:

The first thing to notice is we're extending  ConvectorController. This is a really thin class, only containing the basic information of the sender and the transaction.

The  @Controller decorator let Convector know this class is a controller, and all its methods should be available in the chaincode using the namespace provided.

Finally, the  @Param decorator parses the arguments coming in the transactions to the appropriate schema you define. You can also use Models as schemas and they will be instantiated and validated for you. By default it will only parse the value to the model, but it won't reject incomplete models. The second parameter of it are options for the yup validator, pass `{strict: true}` to validate the model.

To access the native Fabric API you can use (inside of a chaincode controller) the this.tx it will allow you to access the stub and some other details of the transaction.

You will need to change your Controller's signature with this: 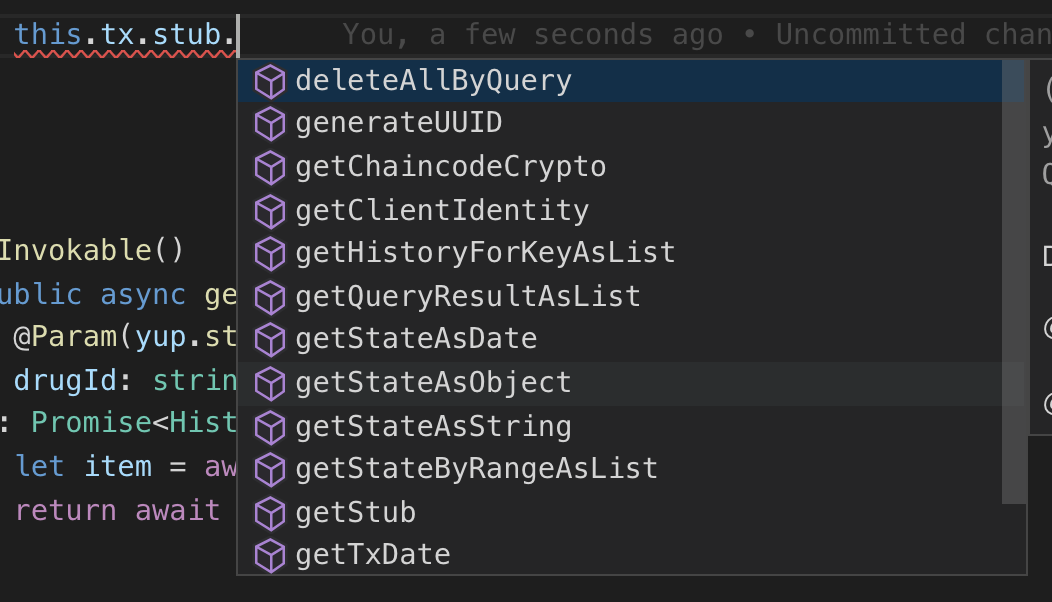 Anatomy of a Controller

Controllers are meant for you to validate permissions and update models. It is very usual (but not strict) that you'll have 3 main sections in your controller bodies:

Usually the relationship is 1 on 1. But you can have a smart contract made of multiple controllers.

There are two ways of using multiple controllers: 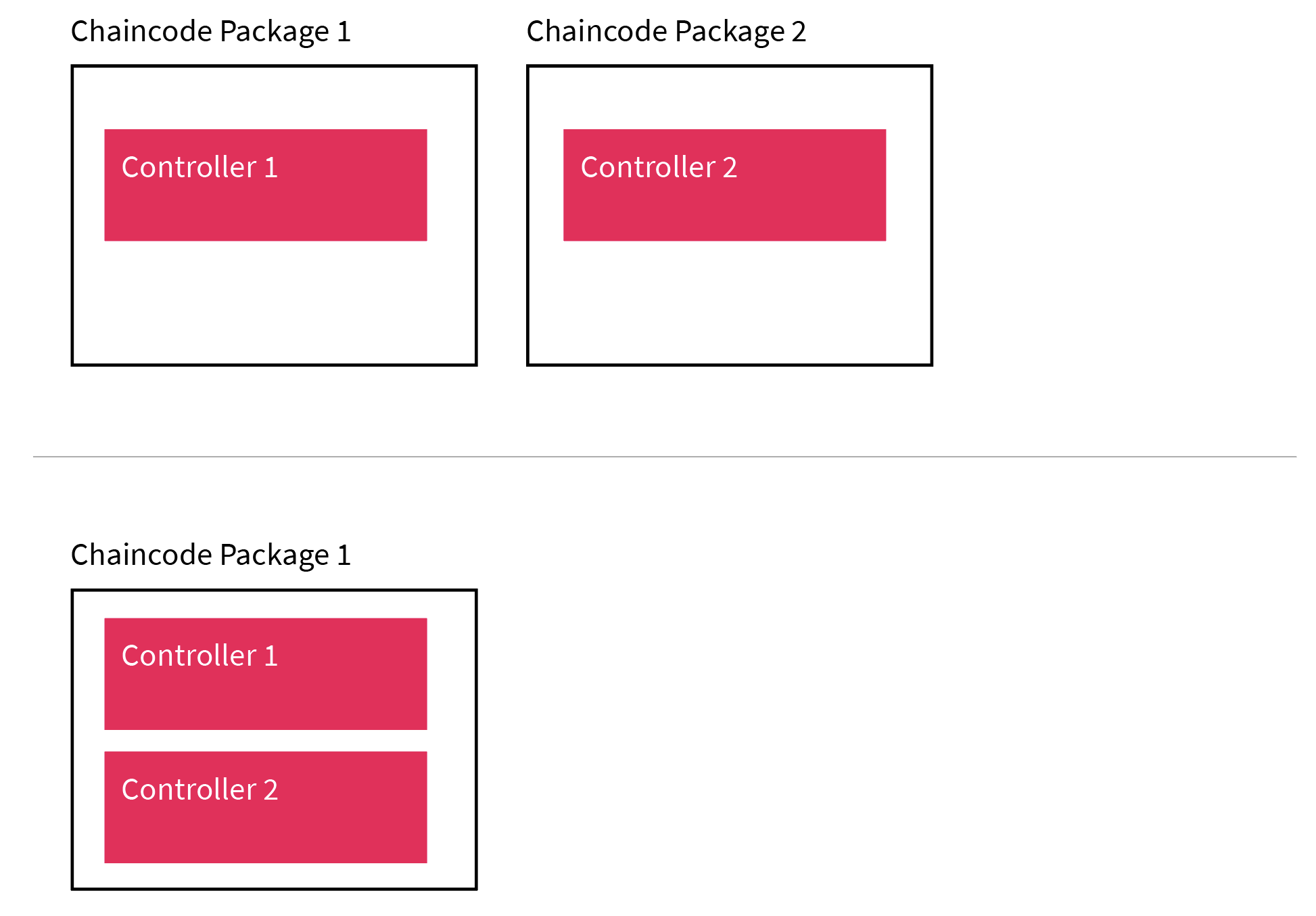 The way to bundle multiple controllers in the same smart contract you have to leverage the packaging process. It's a task inside of your root package.json called by default cc:package. This task calls this code:  f() { npm run lerna:build; chaincode-manager --config ./org1.chaincode.config.json --output ./chaincode-drug package; }; f

The configuration file usually resides in your root (called *.chaincode.config.json) and looks like this (focus on the controllers array).

This example references this repo: https://github.com/worldsibu/convector-example-drug-supply-chain

Make sure your models and controllers are exported in the index.ts file in the root. Take a look to the already exported packages and replicate that export.

Packages can depend on other local packages. Lerna helps with it.

You can add one package as a dependency of another through the package.json file.

Do declare new public or private methods in the class to have common logic. Don't call another  @Invokable method directly from your controller, this will mess up the arguments since Convector is expecting some additional parameters from the blockchain and not the ones you declare.

Do use  this.sender as a way to identify the tx sender and validate permissions. Don't trust any parameter in your function as an identity validation, since anyone could have invoked you and moked that param.

Don't use non-deterministic data sources such as external API calls, random numbers, and others as these will be different on each blockchain peer. Also, avoid using dates generated (in the smart contract) fields as the date in one peer may be different from the others.

After the chaincode is installed and instantiated in the peers, the method  initControllers is invoked. This method is responsible of iterating over all the controllers specified for the chaincode, import them, instantiate all of them and register all of its @Invokable methods in the chaincode to be accessible from the outside.

In order to avoid method collisions between multiple controllers, the functions are registered under a namespace, the controller name provided in the  @Controller decorator. All the methods get registered in the Blockchain using the name {controller}_{method}.

Did this answer your question? Thanks for the feedback There was a problem submitting your feedback. Please try again later.